Press enter to begin your search

The fortress of Els Vilars d’Arbeca (Lleida, Catalonia, Spain), 775 B.C. – 300 B.C., is an exceptional archaeological site, particularly for it defences, turreted wall, “chevaux-de-frise” and pit, unique in the early Iron Age of the Iberian Peninsula and Europe and indeed in the Iberian culture. The University of Lleida is currently undertaking a project of thorough research and restoration of the monument, as well as converting it into a museum to present it to the public. The Els Vilars research team invites you to enter into the fortress and accompany us as we study it.

The so-called Roca del Moros del Cogul (Les Garrigues County) is a key site for the study of rock art. Considered one of the most important and well-known sites on the Iberian Peninsula, it has been declared a World Heritage Site by UNESCO. It is a cave measuring some 10 metres wide, 3 metres deep and 4 metres high, which must have provided special conditions, since it was used by man for some 5,000 years, from 7,000 years ago until 100 A.C., approximately.

In a truly privileged position and in the very heart of the city of Lleida lies the monumental site of the Hill of La Seu Vella. It is made up of different buildings: the Seu Vella, or old cathedral, the Castle of Rei/Suda, the military fortification which surrounds the entire hill and various archaeological remains which help us to understand the present.

Mollerussa has a museum which explains how the construction of the Urgell Canal, in the second half of the 19th century, transformed the life of 5 counties of the Lleida plain.

The permanent exhibition can be seen in the cultural space of the Urgell Canals, in the building known as Casa Canal, which receives an average of 9,000 visitors per year.

The Paper Dress Museum responds to a demand which was almost compulsory, recognising a type of costume which has been rooted in Mollerussa for quite some time and a form of art which is little-known outside our town. Among Mollerussa’s unique attributes, perhaps the best known one is the Paper Dress Competition which has been held there for 50 years. The museum is the result of this competition and all its participants, because it is thanks to them that, today, we are able to have over eighty dresses on display to share with all of you. One of the museum’s main objectives is precisely to raise awareness of this form of creative art, design and work, because until you see a paper dress you cannot appreciate all of the effort, time and passion that are needed to make one.

The convent of Santa Maria de Vallbona is the most important Cistercian convent in Catalonia, with more than 850 years of history.

Its beginnings can be traced back to mixed groups of hermits, who later became cenobites, living under the crosier of its founder, Ramon de Vallbona, and who observe the Rule of Saint Benedict.

Poblet is a monastery of Cistercian monks who have followed the Rule of Saint Benedict since its foundation in 1150. Suppressed by the laws of the Spanish State in 1835, it was refounded in 1940 by monks of the same Order who came from Italy. It belongs to the Cistercian Congregation of the Crown of Aragon, which also includes the convents of  Santa Maria de Vallbona and Santa Maria de Valldonzella, and the monastery of Santa Maria de Solius. The monastic community of Poblet currently consists of 27 professed monks, 1 regular oblate, 2 novices and 1 familiar.

The lake of Ivars i Vila-sana, restored in 2005, has a surface area of 126 ha. It is the largest interior lake in Catalonia in terms of dimensions and it holds an important biological diversity. It is currently a fresh water lagoon, although it has endorheic origins. The inflowing water, as a result of the restoration project which has been carried out, comes from the Urgell Canal and corresponds to the same quantity as was used for irrigating the farms that existed prior to the restoration. The lake’s outflow drains into a tributary of the river Corb. Along much of its perimeter it is very shallow (< 1m), such that communities of lake species proliferate.

The medieval town of Montblanc opens its doors to you through the network, allowing you to discover its rich architectural, cultural and natural heritage, its wide range of tourist attractions and a series of activities which fill the capital of the county of Conca de Barberà with festivity, colour and liveliness. Montblanc is one of the oldest medieval settlements in Catalonia and one of the most important points of interest of the interior of the Costa Daurada, and it is located in the heart of the Cistercian route. 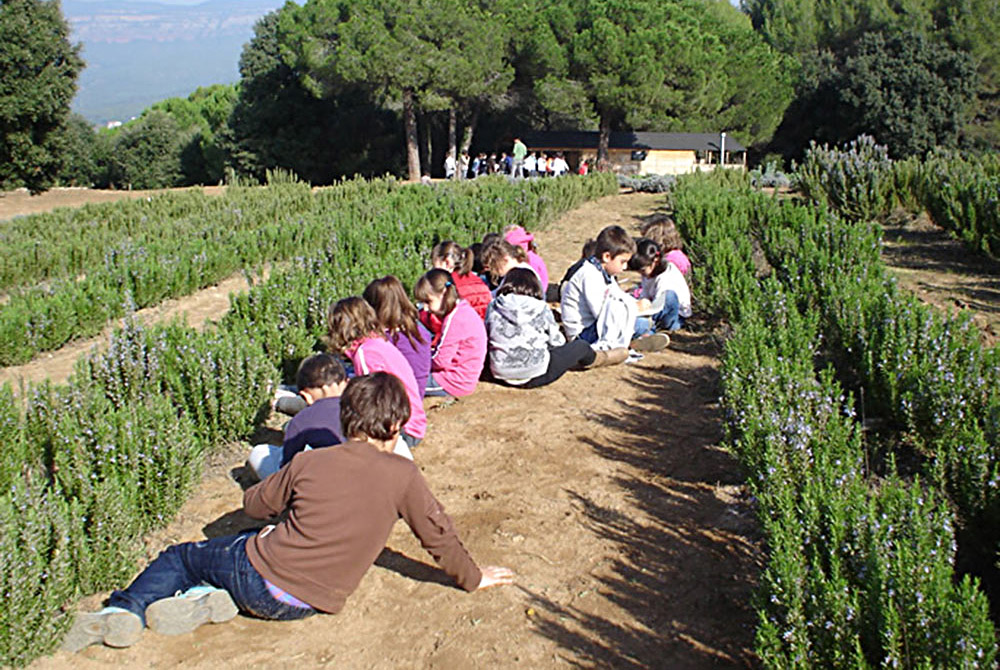 The Parc de les Olors de Les Basselles, located in a quiet and delightful area of land right by the village of L’Albi, offers visitors the possibility to dive into the exciting world of aromatic and medicinal plants. Thyme, rosemary, cotton lavender, lavender and St. John’s wort are some of the species native to this beautiful natural environment, which is highly representative of the unique landscape of Les Garrigues, the agricultural county par excellence.

Caves awaken a special curiosity and attraction among children. The Caves of L’Espluga hide a whole unknown world of rocks, conglomerates and subterranean rooms where people used to live many, many years ago. They are among the longest caves of their kind in the world. Inside, there is a museum dedicated to explaining the traces left by humans, from prehistory up until the present day, as well as the geological formation of the caves. The guided visit includes audio-visual and graphical exhibits, as well as drawings and representations of prehistoric habitats with life-sized figures. The temperature inside the cave is always the same: between 14ºC and 16ºC.