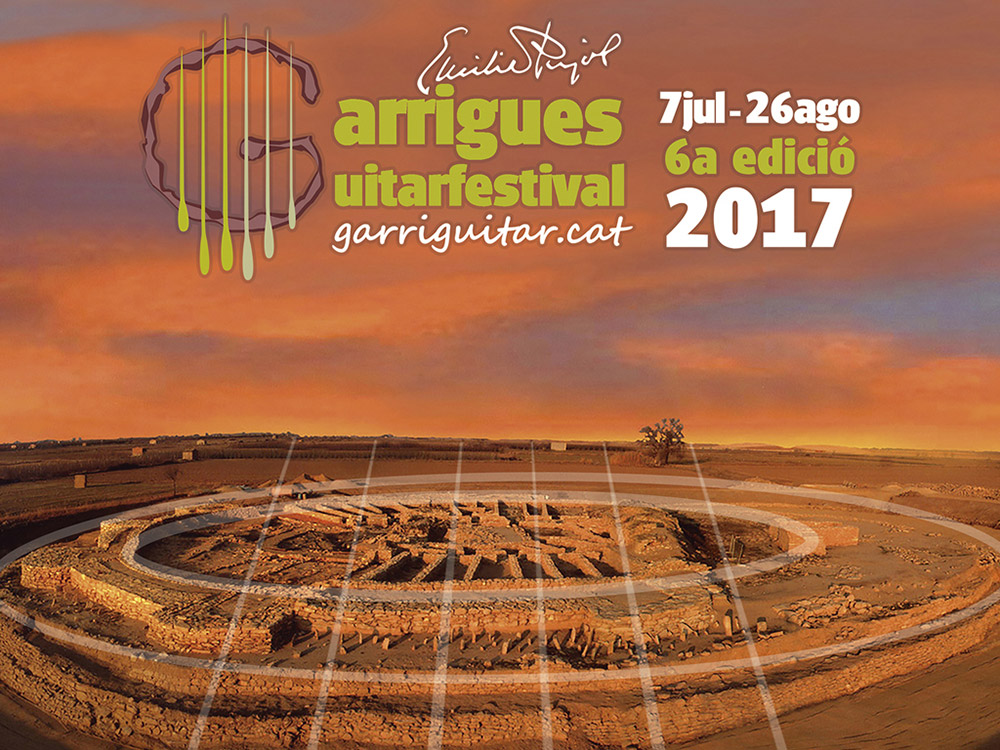 The 6th edition of the Garriguitar festival is coming to the county of Les Garrigues, paying homage to an instrument as noble as the guitar and to a memorial to the musician Emili Pujol. It is an international gathering of the highest expressions of the cult music of plucked string instruments. The festival began in 2011, to commemorate the 125th anniversary of the birth of the distinguished maestro guitarist and musicologist Emili Pujol, as a project which the master himself mapped out in the 1970s, promoting cult music as a form of cultural expression in all corners of his native land.

You can see the press release of the event here.

The initiative begins on 7 July at 10pm and will continue until 26 August at 9pm. A series of concerts by musicians from all over, the majority of which will be accompanied by tastings of local products, will be the main events of the county of Les Garrigues’ summer evenings and nights. Take in the fresh air while listening to sweet melodies played on the guitar and sung by enchanting voices – not a bad plan, eh?

Would you like to find out more? Get further details? Read about the musicians? Know the exact locations of the performances? Etc. You can see the programme of concerts here.